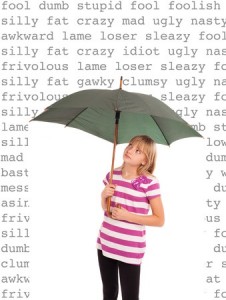 As a very good friend of mine, said when seeing this article:”…It’s about time!

People have had different takes on ADD from stating there is not a real mental illness to advocate for a cure through food and exercise. No matter what approach one takes the truth is that untreated ADD can devastate a person’s life and how helping them get on track quickly provides the biggest chance of success. Obviously there are many interventions but analyzing the cause can be a good start.

For instance, Dr. Nicole Brown’s quest to understand her misbehaving pediatric patients began with a hunch: Inattentive, hyperactive, and impulsive behavior may mirror the effects of adversity, and many doctors don’t know how—or don’t have time—to tell the difference. Brown was completing her residency at Johns Hopkins Hospital in Baltimore, when she realized that many of her low-income patients had been diagnosed with attention deficit/hyperactivity disorder (ADHD). These children lived in households and neighborhoods where violence and relentless stress prevailed. Their parents found them hard to manage and teachers described them as disruptive or inattentive. Brown knew these behaviors as classic symptoms of ADHD, a brain disorder characterized by impulsivity, hyperactivity, and an inability to focus.

When Brown looked closely, though, she saw something else: trauma. Hyper-vigilance and dissociation, for example, could be mistaken for inattention. Impulsivity might be brought on by a stress response in overdrive…” (Read More)

This entry was posted in ADD in Adulthood, General, Mental Illness, Trauma on July 9th, 2014.
.