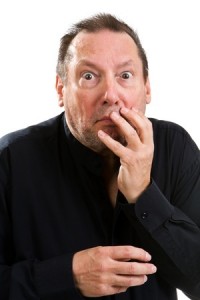 About 700 patients at Beth Israel Deaconess Medical Center are participating in a novel experiment. Within days of a session, they can read their therapists’ notes on their computers or smartphones. It seems like open notebook study aims to improve trust, communication between patient, doctor. Some professionals oppose such an idea :…Sounds like a great idea. But when rules were changed about academic job referee reports some years ago so that the candidates could read them, all information about candidate shortcomings disappeared and only praise (sincere or not) remained. The reports became useless and appointments committees quickly learned to ignore them. The candidates who were disadvantaged were those who would have received honestly favorable reports.

One can expect an analogous effect on therapy notes that are released to the patient. Some therapists may resort to a second set of “honest” notes, the existence of which will remain secret. Or, worse for the patient, rely on their memory of the sessions. Read the article and the comments by Jan Hoffman in the New York Times

This entry was posted in Psychotherapy on July 9th, 2014.
Tags: psychotherapy.