When discussing psychological issues involving our LGBT folks, we want to depathologize those issues and assure our clients, there IS NOTHING WRONG with them. The issues of sexual orientation, homosexuality, coming out, stigma, family rejection, homophobia are at the forefront when working with LGBT people. Even traditional organizations as the  American Psychiatric Association, founded in 1844 – the world’s largest psychiatric organization that is a medical specialty society representing growing membership of more than 35,000 psychiatrists and the voice and conscience of modern psychiatry, works together to ensure humane care and effective treatment for all persons with mental disorders states that being part of the LGBT spectrum is not a mental illness…. THANK YOU, What a concept!

Talking about a concept, the APA states that “…the concept of sexual orientation refers to more than sexual behavior. It includes feelings as well as identity. Some individuals may identify themselves as gay lesbian or bisexual without engaging in any sexual activity. Some people believe that sexual orientation is innate and fixed; however, sexual orientation develops across a person’s lifetime. Individuals maybe become aware at different points in their lives that they are heterosexual, gay, lesbian, or bisexual… Read More

I am always looking for the latest, the newest article or event related to LGBT well-being or LGBT rights, just a passion of mine, and part of my practice. However, some things like the Iliad by Homer and the Bible are timeless. Not always the newer is the better. For instance, I ran into a wonderful article by by Michael C. LaSala, Ph.D., LCSW in Gay and Lesbian Well-Being for Psychology Today where he addresses the issues of  “Helping Same-Sex Couples Who’ve Lost That Loving Feeling”

Dr. LaSala stresses the importance  -in the midst of our fight for same sex marriage, he addresses how to avoid same sex divorce, and said “…What about couples’ therapy? If your relationship is having problems and you are pursuing this step, that’s a good sign–the prognosis for your partnership is good because people who take action to save (or improve) a troubled relationship often manage to do so. However, if you’re looking for someone to referee your conflicts, or to finally convince your thickheaded partner of your unassailable sense of fairness and the truth, you’ll be sorely disappointed. Over the past 25 years, I have done quite a bit of relationship therapy and here is some of what I have learned that you should keep in mind as you move forward…”

Sometimes, I think couples, LGBT or others just wait too long to seek therapy and sometimes it is too late when they come to see me for help. Perhaps this article will help you to do the right thing in a timely manner (wink-wink). Read Dr. LaSala article 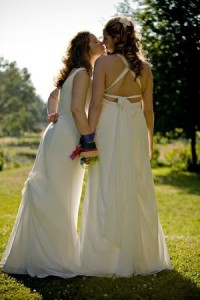 On Wednesday,  On June 25th, 2014 the U.S. Court of Appeals for the Tenth Circuit issued a historic ruling affirming the December 2013 decision from U.S. District Judge Robert Shelby in Kitchen v. Herbert that the amendment to the Utah Constitution barring marriage for same-sex couples violates the U.S. Constitution.  NCLR and Human Rights  won a landmark victory in their Utah marriage equality case in the Tenth Circuit Court of Appeals–the FIRST federal appeals court to rule in favor of marriage equality since the Supreme Court struck down the Defense of Marriage Act (DOMA) last June, and the FIRST EVER to hold that same-sex couples have a fundamental right to marry.

The 2-1 ruling by a panel of the Denver-based 10th Circuit Court of Appeals marks the first time a federal appellate court has upheld same-sex marriage. One year ago, on June 26, 2013, the U.S. Supreme Court struck down portions of the federal Defense of Marriage Act, a landmark ruling that extended federal benefits to gays — though the high court stopped short of ruling that same-sex marriage was a constitutionally protected right. Read More

When addressing the needs for counseling and therapy for the LGBT population, we are already stressing the importance of this segment of our society, however like with any group of people, we cannot just compile ALL issues for all of the group in only one issue or set of issues as the solutions are not one size fits all, either. In 2011, David Richards’ article ‘Working with older LGBT people’ (http://www.therapytoday.net/article/show/2830/)  explores the challenges of working therapeutically with older LGBT men and women, for gay, lesbian and heterosexual practitioners”. He stresses the generalities of working with this population but as expressed by Carly Hall: “… there are some issues that I would like to raise in the interests of older lesbians. I speak as a lesbian growing older, a client, a healthcare professional and a researcher…First, to address LGBT as one general group I believe is incorrect. Even taking out the bisexual and transgender, one is still left with two hugely diverse groups. Political, sociological and economic influences over the years, combined with the biology of being a woman, will inevitably make older lesbians’ experiences markedly different from those of gay men of a similar age.Women who today are over 65 (born pre-1947) and identify as lesbians are acknowledged by health and social care researchers to be a difficult group to reach; ‘convenience’ samples may not always be representative of the wide group. But there are findings from pertinent research studies, including my own, which may have relevance for the therapist.  Read Carly Hall’s article (http://www.therapytoday.net/article/show/2972/)

By Amy Chozic for the New York Times Former President Bill Clinton, in a video message to be broadcast this week, says he was “honored and grateful to be among the voices urging” the overturning of the Defense of Marriage Act, the measure he signed into law in 1996 that barred federal recognition of same-sex marriages.

Mr. Clinton’s remarks will be included in a special program to honor gay rights activists that will be shown on Thursday on Logo TV, a cable channel aimed at gay and lesbian viewers. The special, called “Trailblazers,” will mark the first anniversary of the Supreme Court’s decision to overturn the marriage act, and will pay tribute to two figures in the case: Roberta A. Kaplan, a lawyer, and Edith Windsor, the plaintiff. “As marriage equality spreads across the states, the number of people impacted by these two amazing women will only continue to grow,” Mr. Clinton said. Read More

Needless to say that by now, almost everybody in the LGBT community has seen or heard of Orange Is the New Black. The reaction to Orange Is the New Black — based on the memoir by Piper Kerman — has been intense, from among both viewers and critics. But its place of origin is not the thing that is most surprising about the show. Orange, after all, is a show that features a primarily female cast — made up of mostly unknown actors, with a few exceptions — and an unlikely protagonist in Taylor Schilling’s Piper Chapman. She is often selfish and unlikable, but she provides an entry to a world that (I hope) few of its viewers will ever see: inside a New York women’s prison. The series is compelling, bringing LGBT issues to the forefront of society awareness. Said by many like on Why You Need To Stop What You’re Doing And Watch “Orange Is The New Black” by Jace Lacob (http://www.buzzfeed.com/jacelacob/why-you-need-to-stop-what-youre-doing-and-watch-orange-is-th)

The series also offers a take on LGBT love like stated by Alyssa Rosenberg for the Washington Post ‘Orange Is The New Black’ and the meaning of love  (http://www.washingtonpost.com/news/act-four/wp/2014/06/26/orange-is-the-new-black-and-the-meaning-of-love/), or simply put by Kiley Thompson you could find; “…7 reasons to drop everything and watch this Netflix show right now, who said Whispers in the workplace hallways about “chocolate and vanilla… swirl.” You keep seeing pictures of women in orange or taupe scrubs. People at Starbucks keep referencing someone named “Piper” and her sorta-kinda-love-hate girlfriend “Alex” and bemoaning the fact that one of them won’t be around much in Season 2. One actress reminds you of a dark-haired version of that girl that was on “That 70s Show.” And you don’t have Netflix, so you don’t care. But you should. (http://www.zap2it.com/blogs/orange_is_the_new_black_7_reasons_to_drop_everything_and_watch_this_netflix_show_right_now-2013-10)

What do you need to know about this show, and why should you watch it? To be honest, a released-all-at-once season of a television show keeps writers like this one from figuring out the best way to recap and review a show. And that is a blessing and a curse, because we’re all used to weekly installments slow-cooking our show love. Instead, we get it all at once, an amazing all-you-can-eat buffet that leaves us choking on great stories and trying to figure out how to explain it all to a hungry bystander. and then, last but no least offering a refreshing and courageous view of transgender issues (nearly a year after the Supreme Court legalized same-sex marriage, another social movement is poised to challenge deeply held cultural beliefs) as seen in San Francisco and reported by the Time Magazine in its June issue (http://time.com/135480/transgender-tipping-point/)” …In the beaux-arts lobby of the Nourse Theater in San Francisco, men in deep V-necks and necklaces walk by women with crew cuts and plaid shirts buttoned to the top. Boys carrying pink backpacks kiss on the lips, while long-haired ladies whose sequined tank tops expose broad shoulders snap selfies. About 1,100 people, many gleefully defying gender stereotypes, eventually pack the auditorium to hear the story of an unlikely icon. “I stand before you this evening,” Laverne Cox, who stars in the Netflix drama Orange Is the New Black, tells the crowd, “a proud, African-American transgender woman.” The cheers are loud and long. Almost one year after the Supreme Court ruled that Americans were free to marry the person they want … Brava!