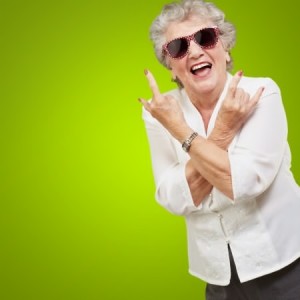 After fighting for equal rights and against negative stereotypes, baby-boomer women find themselves in a society that obsessively worships youth and relegates its seniors to second-class status. Baby boomer women grew up around the fighting of the feminist movement in the sixties and seventies; many were feisty revolutionaries.

In the eighties, the message to them was to embrace the inner Goddess within. Now in their golden years, they imagine a new role as sage, which will help them obtain the freedom they have been chasing since their youth. But what is this new role?  What if wisdom is lacking? Where then do they find meaning in their lives?

We question how the women’s movement has affected women of age. The women who took what they learned as activists in the civil rights movement and applied it to the rampant sexism of the civil-rights and black-power movements – who participated in the first sweeping consciousness-raising process that Bettina Aptheker called “learning to name our oppression” – these women are still too young to have been included in Coming of Age.

But that phase of the women’s movement spawned two generations of equal rights, abortion rights, lesbian and gay rights, anti-ageism, and AIDS activists; a devoted, beleaguered army of caretakers of abused women and children in the shelter movement; and labor groups such as the CLUW and Women in the Trades, to name only a few “special interest” groups. Many old women, someplace along the line, have been affected by those struggles, as I was, and by the huge body of songs, poems, essays, and visual art that celebrates them, as I was.

Elderly women today face personal challenges, triggering some profound questions–among them: What is their role as they age? Reproduction is no longer a goal; nor is raising children. If they had a career, it is in the past, or nearly so. Traditional roles for midlife or older women, such as caring for grandchildren or caregiving for a husband or other family member–are still common for women. These limited identities may be difficult to bear for those who spent a lifetime trying to make a difference.

To those old ones who still do battle with dragons [1]

The “aging” woman, with her dry skin and wrinkled body, does not represent the pretty, sexy, vital, or accomplished; she is considered to be in her dimmed time. Jungian psychotherapist and author Jean Shinoda Bolen have said, “In a youth-oriented patriarchy, especially, to become an older woman is to become invisible: a nonentity.” Or, as historian Bettina Aptheker[2] recently said of older people, especially women, “We’re either invisible, or we’re in the way.” What’s the future for this woman? What role should aging women play in our society?

[1] Studs Terkel. In Coming of Age: The Story of Our Century by Those Who’ve Lived It. St. Martin’s Press; 1st St. Martin’s Griffin Ed edition (September 1996)

[2] May 8, 2008: Bettina Aptheker on Feminism and Ageism. A public lecture at Pacific Institute. San Francisco.